SIMMs and DIMMs cannot be used at the same time.

Is equipped with BIOS that supports auto detection of hard drives, PS/2 mouse, and Plug and Play devices to make setup of hard drives, expansion cards, and other devices virtually automatic.

ASUS TX97 smart series motherboards with Intel 430TX PCIset improves IDE transfer rate using Bus Master UltraDMA/33 IDE which can handle data transfer up to 33MB/s. The best of all is that this new technology is compatible with existing ATA-2 IDE specs so there is no need to upgrade current hard drives or cables.

ACPI (Advanced Configuration and Power Interface) is also implemented on all ASUS 430TX series of motherboards. ACPI provide more Energy Saving Features for the future operating systems (OS) supporting OS Direct Power Management (OSPM) functionality. With these features implemented in the OS, PCs can be ready around the clock everyday, yet satisfy all the energy saving standards. To fully utilize the benefits of ACPI, an ACPI- supported OS such as in the next release of Windows 95 must be used.

Both the BIOS and hardware levels of ASUS TX97 series of motherboards meet PC ’97 compliancy. The new PC 97 requirements for systems and components are based on the following high-level goals: Support for Plug and Play compatibility and power management for configuring and managing all system components, and 32-bit device drivers and installation procedures for both Windows 95 and Windows NT.

To prevent system overheat and system damage, the CPU fan and system fans are monitored for RPM and failure. Each fan can be set for its normal RPM range and alarm thresholds.

To prevent system overheat and system damage, there is a heat sensor under the CPU and on the motherboard itself to monitor CPU and system temperature to make sure the system is operating at a safe heat level to avoid any failures triggered by extremely high temperature.

Today’s operating systems such as Windows 95, Windows NT, and OS/2, require much more memory and hard drive space to present enormous user interfaces and run large applications. The system resource monitor will warn the user before the system resources are used up to prevent possible application crashes. Suggestions will give the user information on managing their limited resources more efficiently.

Normally, viruses can destroy data on storage media such as hard drivers, floppy diskettes, and MO. Some new-generation viruses will not only destroy data on storage media, but also clear BIOS data which is usually unprotected. ASUS TX97 series of motherboards were designed to cooperate with BIOS, chipset, and flash EPROM to disable write permission when the system’s initialization stage is completed upon boot-up.

The system fans will power off automatically even in sleep mode. This function reduces both energy consumption andsystem noise, and is a important feature to implement silent PC systems.

This allows a computer to be turned on remotely through an external modem. With this benefit on-hand, any user can access vital information from their computer from anywhere in the world!

Chassis LEDs now act as information providers. Through the way a particular LED illuminates, the user can determine the stage the computer is in. A simple glimpse provides useful information to the user. 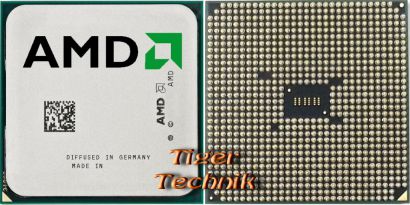